Posted on April 10, 2014 by enthusiasmiscontagious 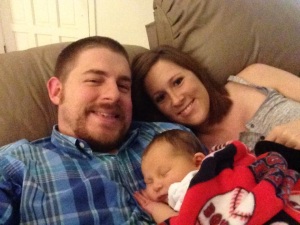 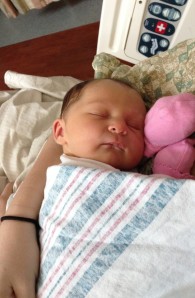 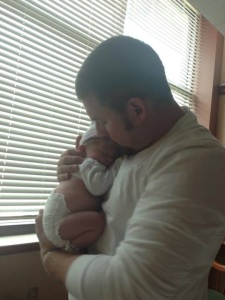 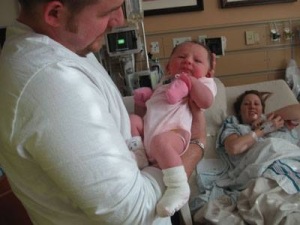 All the signs pointed to an impending birth. Letters and utterances reinforced the medical prophecies that a child was to be born the week of March 30, 2014. Three aged sages, Magi’s of the north compared notes and decided that it was time to make the long journey south to the birthplace of this special child. How wise were these Sages? With a combined age of 204 years between them, no one could deny they were masters of long journeys.

Following the on-Star of the east, they made their way bearing gifts not by camel but by horsepower. With occasional stops to rest their weary horses, they refreshed at numerous corrals (Golden), gardens (Olive) and Arches of Gold (McDonalds). It was at these places of repose that they excitedly spoke of the child that was to come. Great hope rested on this child that would find favor among three generations.

The arrival had to be timed just right. Arrive too early, they might get lost in the event; late and they could miss the birth altogether. Daily they studied the weather and writ of texts, and planned their journey accordingly. Fruitful stops at family, friends, and points of interest made the journey varied and enjoyable.

As they neared their final destination in the Sunshine State, son and wife who was great with child met them from afar. A celebration meal had been prepared. But alas, they had come t0o early. The one for whom they had made the journey, had not arrived. As the feast commenced the news was good, the forthcoming child would be a girl. She would be known by the name Brynli and she would be prized among all her people.

Prayers, blessings, and gifts were bestowed upon the son and daughter as the magi (grandparents and father (me)) returned to their homeland. It was with sadness they would learn it would be another five days before the medical prophesies would be fulfilled.

While there may be some similarities between another birth which occurred 2000 years ago and this one, one thing is certain. I’m confident those magi’s didn’t have their mother frequently asking with a heavy Bostonian accent, “How much fathuh till we get they-uh?”
I might have missed the birth of my granddaughter, but sometimes the journey (spending time with those you love in this case my Mom and Dad) is as meaningful as the destination.

I am an individual who analyzes all facets of life in the hopes of squeezing out some of the humorous parts.
View all posts by enthusiasmiscontagious →
This entry was posted in My Thoughts on Today and tagged Birth of a grandchild. Bookmark the permalink.

This site uses Akismet to reduce spam. Learn how your comment data is processed.